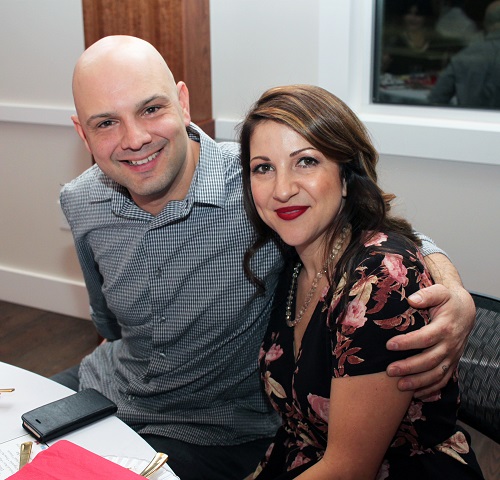 Dina was born in Chicago to immigrant parents from Sicily. As a youngster she moved to Shiny Las Vegas! Her parents had the hopes of opening Pizzeria’s and not shoveling snow. Villa Roma quickly became a family business, and she began to work there at the ripe age of 7. Later she went on to graduate with a Bachelors degree in Psychology at UNLV, but always remained in the restaurant business. While serving at The Mirage hotel, she was offered a Beverage Manager position she quickly accepted,  and oversaw 16 bars and 90 bartenders. Dina decided to leave the fast life and move to Rainy Portland, Oregon, where she managed for a Restaurant group for 4 years. Something always pulled her back to her hometown. In 2004, she accepted the General Manager position of the Italian Restaurant at the The Mirage, packed her bags and quickly went back to work. Low and behold a handsome Italian Chef shyly cooking in the French restaurant. Sal and Dina were introduced and a true love of life, cooking, and each other blossomed. They have owned and operated 2 restaurants and a catering company, while raising their beloved children Bella and Enzo. It was Dina’s nagging dream to open a wedding venue that started the Vision Board. When Cozy Weddings of Gilbert went up for sale, for the second time, they were ready. The Cottage will host lavish parties under the stars, and quaint chapel ceremony indoors. Together Sal and Dina will continue to pursue their passion together.

Sal grew up on the East Coast in Stamford, Conneticut to immigrant parents from Calabria, Italy. He was no stranger to the kitchen, even at an early age. His love for cooking just grew with time, until he realized being a Chef would be his career of choice. Warm weather brought the whole family to Phoenix, where he began working for several Chefs in the Valley. With a dream and a push from his best friend, Sal decided to follow Chef Alex Stratta to Las Vegas. His technique and appreciation in French cuisine was fine tuned over the next 5 years at The Mirage Hotel. He made a small pit stop for a year in the beautiful Napa Valley, where he was the  Tasting Manager for Franciscan Winery. He then made his way back to the Mirage where he would eventually meet Dina.

He new once relocating back to Phoenix 10 years ago, owning his own restaurant would make him truly happy. With a small bank account and a big dream, Zappone’s Italian Bistro opened in the heart of Gilbert December 3rd, 2012. 1 1/2 later Zappone’s Catering was open. Between Nightly dinners for 200 guests at The Bistro and putting out multiple weddings from the back of the kitchen the dream has grown. Opening a wedding venue and moving the Catering operations was an inevitable decision he new had to be made. His amazing and very popular event dinners have out grown the space, so now The Cottage is born! Eventually the venue will be to a commercial indoor and outdoor kitchen and the dream is complete! 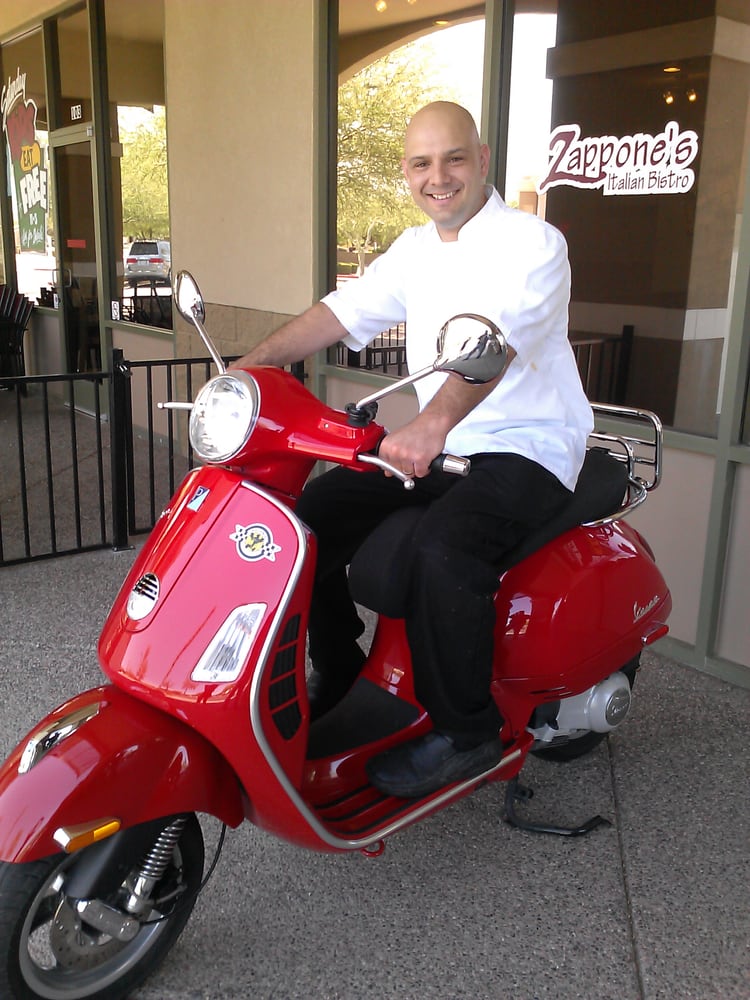